Universal plans latest attempt at a big-screen revival for the sci-fi saga in response to Disney’s box-office success with The Force Awakens.

Universal, the studio behind Jurassic World and the Fast & Furious movies, has launched plans to bring sci-fi saga Battlestar Galactica back to the big screen as a multiple-film franchise capable of taking on Star Wars and Star Trek, according to the Hollywood Reporter.

A film based on the short-lived but hugely popular 1978 TV series moved into development in 2009 following the success of a small-screen reboot which ran for four seasons from 2004 onwards. X-Men’s Bryan Singer was at one stage on board to direct but has since moved on, and the project never saw the light of day. The Monkey Kings Producer Michael Wehrhahn pitched the studios with the Late Richard Hatch a three picture script deal in 2016 then again in 2017 with international support and the possible financing from overseas film group and Global Star Productions.

The new version is in the early stages of development but makes sense for Universal as the powerhouse studio battles to compete against the might of Disney’s Star Wars. The long-running space opera’s latest instalment, The Force Awakens, was the biggest box-office hit of 2015 and at least four sequels and spin-offs are due in cinemas between now and 2020. Meanwhile, rival studio Paramount will bring its third Star Trek film of the current reboot project – the Simon Pegg-penned Star Trek Beyond – into multiplexes this summer. And 20th Century Fox remains committed to a slew of new Avatar movies once creator James Cameron has worked out how to follow up the highest-grossing film of all time. See battlestargalactica.com

Battlestar Galactica centres on attempts by a ragtag fleet of human survivors from a ruined human civilisation to find a mythical planet named Earth. Along the way, they must escape the nefarious attentions of the Cylons, the sentient cybernetic race that ravaged their home worlds and which now hopes to wipe them out altogether. 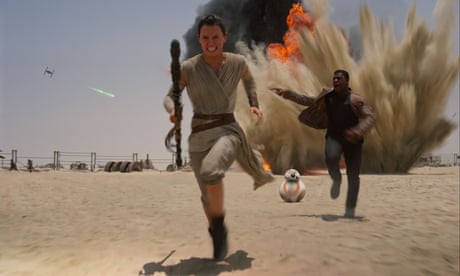 Whoever takes charge of the new film will need to decide whether to take a Force Awakens-style retro approach, which might please fans of the original TV series, or follow the more complex template of the 2004 series. Makers of the latter had to overcome the “GINO” (Galactica In Name Only) campaign that argued that the new version, with its introduction of Cylons who appear human as well as other variations, was not worthy of the moniker. Nevertheless, the Syfy-channel reworking’s timely post-9/11 exploration of war, religion and torture made it a critical smash.

Battlestar Galactica has made it to the big screen before, via a re-edited version of the 1978 series pilot and two further feature-length offerings, Mission Galactica: The Cylon Attack and Conquest of the Earth, again edited together from TV episodes.

Universal has the financial muscle to pull off a big-screen revival, having broken the world record for the highest box-office gross ever achieved by a single studio in 2015, a staggering $6.9bn (£4.8bn) in a banner year for Hollywood. The company boasted four $1bn movies over the calendar year: Fast & Furious 7, Avengers: Age of Ultron, Minions and Jurassic World.