“The Wolf of Wall Street” sails past the $200 million mark, with “American Hustle” not far behind; “RoboCop” opens in its first three Asian markets, grossing $5.5 million.

Most of Monkey King‘s earnings came from China. The film is playing in a total of seven territories and has earned $54 million to date, according to Rentrak. In China, Imax theaters are reporting record business.

Chinese film Dad, Where Are We Going? opened to $34 million to place No. 2 on the weekend global chart. The third new film in China, The Man From Macau, debuted to $12.5 million.

Disney’s Frozen came in No. 3 with $33.3 million in ticket sales, including $9.3 million in North America, where a sing-along version opened on Friday, and $24 million overseas. Through Sunday, the animated blockbuster’s total is $864.4 million, putting it ahead of fellow Thanksgiving release The Hunger Games: Catching Fire ($860 million).

Martin Scorsese‘s The Wolf of Wall Street placed No. 4 on the global chart with $29.6 million, as it sailed past the $200 million mark worldwide. The Oscar best picture contender nabbed $26 million overseas for an international total of $122 million, and $3.6 million for the weekend in North America. The film’s total through Sunday is $226.1 million.

New 3D fantasy adventure Viy broke records in Russia, grossing $17.7 million to score the biggest opening ever for a local film and the fourth biggest opening of all time. The debut is a victory for Universal, which is handling the film in Russia.

Among other best picture nominees, David O. Russell‘s American Hustle all but hit $200 million, as it ended Sunday with a worldwide total of $199.6 million. Weekend ticket sales came in at $10.3 million, including $6 million overseas and $4.3 million domestically.

Steve McQueen‘s harrowing slave drama 12 Years a Slave neared the $100 million mark over the weekend, grossing a strong $11.1 million overseas for a foreign total of $50.6 million. In the U.S., 12 Years grossed $1.4 million for a domestic total of $45.8 million and worldwide cume of $96.4 million.

MGM and Sony’s RoboCop made its first outing ahead of its North American launch on Feb. 12, grossing $5.5 million from Malaysia, Taiwan and Singapore, where it opened roughly on par with Iron Man.

FROM THE WEBPowered by ZergNet 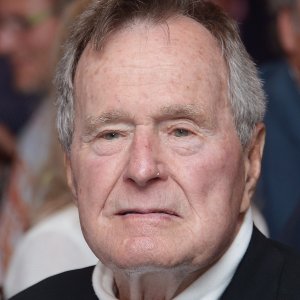 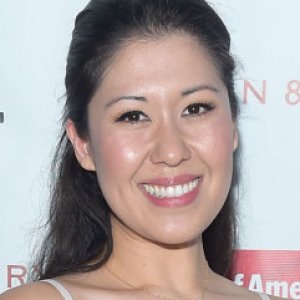 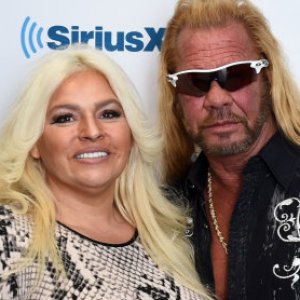 Dog the Bounty Hunter Gives Grim Update on His WifeAol.com 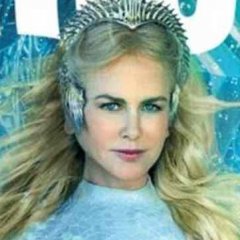 Nicole Kidman Responds To ‘Aquaman’ Criticism About Her AgeCinemablend.com 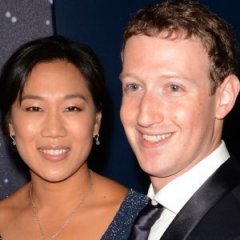 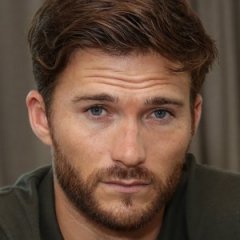 Scott Eastwood Opens Up on His Family’s Battle With Alzheimer’sParade.com

Philip Bosco, Tony Winner and Actor in ‘Working Girl’ and ‘The Savages,’ Dies at 88

Philip Bosco, the Broadway veteran and Tony-winning actor also known for his big-screen work in such films as Working Girl and The Savages, died Monday night, his grandson, Luke Bosco, reported. He was 88.

Bosco, who appeared on Broadway in some 50 productions, won his Tony Award in 1989 for his performance as the general manager of a Cleveland opera company in the Ken Ludwig farce Lend Me a Tenor.

He received his first of six Tony nominations for his Broadway debut, Rape of the Belt, in 1960, and the last for his performance as angry Juror No. 3 (Lee J. Cobb in the acclaimed 1957 movie) in a 2004 production of Twelve Angry Men.

His Broadway curtain call came in George Bernard Shaw’s Heartbreak House in 2006 (after he had received a Tony nomination for playing a different character in 1984).

Writing about his grandfather, Luke Bosco wrote: “You are my hero and a hero to so many other young actors across the generations that strive for greatness not for glory’s sake, but for the love of the art.

“And let’s not forget your irresistible urge to crack a joke in any setting. I never knew a man that could congratulate and taunt his fellow nominees in a single breath. You will be dearly missed.”

He was inducted into the American Theatre Hall of Fame in 1998.

In The Savages (2007), Bosco portrayed the estranged father of Laura Linney and Philip Seymour Hoffman’s characters. And in Mike Nichols’ Working Girl, Bosco was Oren Trask, the owner of Trask Industries who kicks Sigourney Weaver’s Katharine Parker out on her “bony ass” and hires Melanie Griffith as a junior exec at the end of the movie.

More recently, he had a regular role as defense attorney Hollis Nye on the FX-Audience Network series Damages. He also appeared often on Law and Order and Law & Order: Special Victims Unit.

Born on Sept. 26, 1930, in Jersey City, New Jersey, Bosco attended Catholic University in Washington and served in the U.S. Army. He got his start at the Arena Stage in D.C., was a member of the repertory company at Lincoln Center for seven years and made his onscreen debut in 1953 playing Sam Houston on the CBS News series You Are There.

Also: Most Americans don’t think that ‘Die Hard’ is a Christmas movie.

There are a few unanswerable questions in life. One of those involves a never-ending debate: Is Die Harda Christmas movie?

A new nationally representative Hollywood Reporter/Morning Consult poll sheds some light on that answer, as well as pointing out which holiday classic Americans find most beloved.

The poll, which surveyed 2,200 adults from Nov. 15-18, found that the animated Rudolph the Red-Nosed Reindeer is the most beloved holiday film, with 83 percent of respondents having a generally favorable response to the title. Runner-ups included the animated A Charlie Brown Christmas (81 percent), the animated How the Grinch Stole Christmas! (80 percent) and Home Alone (78 percent).

Rudolph, which has been a perennial TV staple for 54 years, recently nabbed 8.14 million viewers on CBS when it aired on the broadcaster on Nov. 27. In 2017, it similarly drew 8.07 million viewers. According to the THR/Morning Consult poll, 68 percent of Americans associate Rudolph with their annual holiday tradition.

But back to Die Hard. Just 25 percent of Americans consider John McClane’s ascent up Nakatomi Plaza a holiday affair, while 62 percent say it’s not, with men slightly more likely than women to say Die Hard is a Christmas film (32 percent vs. 20 percent) and Republicans and Democrats evenly split on the bitter debate (26 percent vs. 26 percent). Still, 28 percent of Americans who responded in the survey associate the action pic with their holiday tradition.

Nostalgia plays a big factor in holiday movie tastes, with 60 percent of audiences saying that feeling nostalgic towards a title is an important factor when pairing a movie with their cocoa. And 65 percent say they are more likely to sit down and watch a holiday film they consider to be a classic.

And when it comes to holiday features, the presentation takes a precedence. As far as how most Americans will watch Christmas titles, 43 percent say they are “very likely” to watch holiday movies on linear TV, while 21 percent say they’ll head to theaters for such projects and 40 percent would watch these titles on a streaming service. A Christmas Prince: The Royal Wedding, anyone?

Landmark is the country’s largest independent theater chain dedicated to showcasing specialty films, operating 56 theaters in 27 markets — including the popular, upscale Landmark location in West Los Angeles and the newer The Landmark at 57 West in New York City, where Cohen has long been based.

The sale price wasn’t disclosed, although sources say it was likely in the $70 million to $75 million range.

Landmark Theatres president-CEO Ted Mundorff will remain in his job, as will the rest of his senior management team.

Wagner and Cuban’s 2929 Entertainment, which purchased Landmark in 2003, has been trying to sell the circuit since the spring, five years after an aborted sale attempt in 2013.

“As we complete the sale, we expect the transition between owners to be smooth and seamless with little or no impact to customers,” Wagner and Cuban said in a statement.

Netflix was reportedly among those considering a bid for Landmark when it went on the block earlier this year, but never made a formal offer, according to sources. (The streamer already rents, or “four-walls,” Landmark auditoriums for its awards films, such as Alfonso Cuaron’s Roma.)

Cohen’s decision to buy Landmark is a significant step in increasing his profile in the film space.

“Anyone who knows Charles knows he is an avid lover of art and cinema, and this deal to purchase Landmark serves so many of his true passions and interests,” said Mundorff. “By acquiring our chain, he has supercharged and scaled his distribution footprint in the art house sector.”

Said Cohen: “This is a phenomenal fit with our other businesses, and this deal will be welcome news to the filmmakers we do business with, or plan to work with, in the art house arena in the years ahead.”

The deal follows Cohen’s acquisition and renovation of the Quad Cinema in New York, where titles from Cohen Media’s library, including restorations of classic movies from the Merchant Ivory collection and the Buster Keaton catalogue, are showcased.

The real estate mogul — the jewel in his crown is Los Angeles’ Pacific Design Center — founded the New York-based Cohen Media Group in 2008 after executive producing Frozen River. The company has focused on smaller indie films, including foreign-language entries such as Asghar Farhadi’s The Salesman (2016), which won the Academy Award for best foreign-language film. Other CMG titles include Timbuktu and Mustang.

Stephens Inc. was the exclusive financial advisor to Landmark in the transaction.

Opening in late 2019, the new space will take visitors from the first silent movies  through Stanley Kubrick’s ‘2001: A Space Odyssey’ stargate.

There will be the expected crowd-pleasers: a gallery devoted to the making of The Wizard of Oz, complete with Dorothy’s ruby slippers; a backdrop from Singin’ in the Rain; and spotlights on screen icons from Humphrey Bogart to Marilyn Monroe. But as it balances the demands of serving both starstruck tourists and serious film scholars, the Academy Museum of Motion Pictures also promises to explore less familiar corners of film history, acknowledging pioneering silent movie directors Alice Guy-Blache and Lois Weber and the early black movies created by African-American director-producer Oscar Micheaux.

“It’s really important that it’s a full history and that we give the visitor the opportunity to learn about that history in all its aspects,” says Kerry Brougher, the museum’s director, who on Dec. 4 offered the first look at what visitors can expect to encounter inside the $388 million museum that the Academy of Motion Picture Arts and Sciences is building on the site of the old May Company building at the corner of Wilshire Boulevard and Fairfax Avenue. “But we didn’t want to do just a simple history of film,” he adds. “We also want to take it from the point of view of the filmmakers themselves. It’s like passing through the screen to the other side, to see how the magic was created as well as the story of its evolution.”

Now scheduled to open in late 2019 (a specific date has not yet been set), the museum will devote two floors in the Saban Building — as the May Company building has been rechristened in recognition of a $50 million gift from Cheryl and Haim Saban — to a 30,000-square-foot permanent exhibition tentatively titled Where Dreams Are Made: A Journey Inside the Movies. And, in contrast to the brightly lit galleries found in a traditional museum, Brougher says, “We kind of exist in the dark. It’s rather beautiful to have a transition from the reality of daylight to twilight into the darkness of the exhibition, just as the lights come down in a movie theater.”