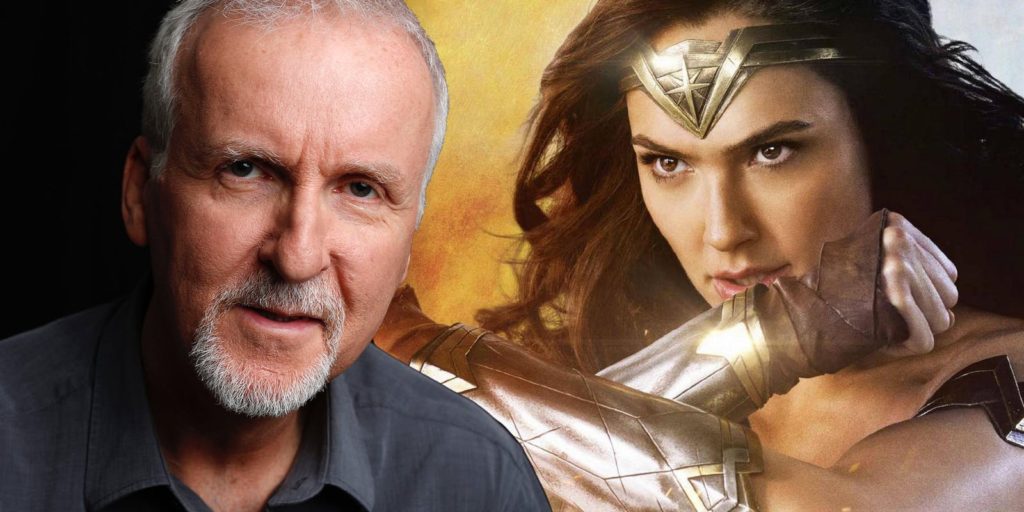 “All of the self-congratulatory back-patting Hollywood’s been doing over Wonder Woman has been so misguided,” he said. “She’s an objectified icon, and it’s just male Hollywood doing the same old thing! I’m not saying I didn’t like the movie but, to me, it’s a step backward.”

Jenkins herself responded to Cameron’s comments on Twitter, writing,”[His] inability to understand what Wonder Woman is, or stands for, to women all over the world is unsurprising as, though he is a great filmmaker, he is not a woman…If women have to always be hard, tough, and troubled to be strong, and we aren’t free to be multidimensional or celebrate an icon of women everywhere because she is attractive and loving, then we haven’t come very far, have we?”

Of course, Jenkins hit the nose on the head with her response. Wonder Woman was directed by a woman, removing the male gaze that is often present with female characters in action films. Yes, Wonder Woman (Gal Gadot) is physically beautiful, but her attractiveness isn’t commodified in a gratuitous, tongue-wagging way.

Unfortunately, Cameron still doesn’t view it this way. In a new interview with The Hollywood Reporter, he doubled down on his comments, essentially saying Gadot’s conventional beauty prevents Wonder Woman from being progressive.

“Yes, I’ll stand by that,” he said. “I mean, [Gadot] was Miss Israel, and she was wearing a kind of bustier costume that was very form-fitting. She’s absolutely drop-dead gorgeous. To me, that’s not breaking ground.”

Cameron says his original comments were in the context of talking about a female lead in one of his own popular franchises, Terminator: Sarah Connor, played by Linda Hamilton. He says Hamilton’s portrayal of Sarah in 1991 was a breakthrough because there wasn’t “anything sexual about her character.”

“[She] was about angst, it was about will, it was about determination,” he said. “She was crazy, she was complicated. … She wasn’t there to be liked or ogled, but she was central, and the audience loved her by the end of the film.”

Here’s the thing, though: Gadot’s Wonder Woman is complicated, too. The fact that she’s wearing a tight uniform—which was just the Wonder Woman costume—doesn’t negate the nuanced character development we witnessed on screen.

It’s troubling Cameron still contends Gadot’s Wonder Woman was treated like a sex object because many critiques of the film point to the contrary. Yes, Hamilton’s performance in Terminator was groundbreaking, but so is the fact we finally saw a female superhero on film not manipulated by the male gaze. She wasn’t an object, plain and simple. Jenkins made sure of that. It’s extremely possible for female characters to be “hot” and angsty and complicated all at once.

This story originally appeared on Glamour.