In just a few hours, audiences will be excitedly lining up to see a brand new Star Wars film. That alone is worthy of celebration, but as I detailed earlier in the week, it also happens to be an excellent movie. Star Wars: The Last Jedi is a triumph, taking the franchise in bold new directions. With that in mind, why not go back and rank the series once again? That’s what I’m doing today, since the last time this was tackled, none of the new installments had come out. Now, you can see a full on layout of ever episode and story that has come from George Lucas’ initial lark. Enjoy this list, since I know I sure did.

Here is how I would rank the films in the Star Wars franchise so far, and keep in mind…this is once again just how I see things. Here we go: 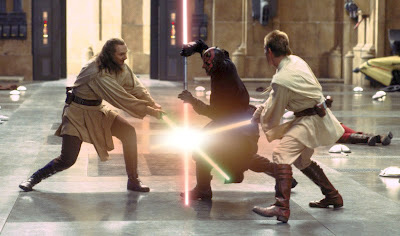 9. Attack of the Clones (Episode II) – The only installment so far that I think can be safely dismissed, this is a very mediocre action flick that fills in backstory we didn’t need. The prequels all did that, but this one just seems the most empty and useless. None of the characters introduced do much, the romance between Anakin and Padme is laughable, and George Lucas almost seems disinterested. That’s the part that rubs you the wrong way too, as this is his vision. Not a bad movie, but the one that you can skip and not lose anything from doing so.

8. The Phantom Menace (Episode I) – What saves this one from being in the basement is the admittedly very cool pod racing sequence, along with Darth Maul. It’s the most overt installment aimed at kids, though the droning on about trade routes and such is a bore no matter who you are. This is a very flawed flick, but it’s not a complete waste of time, so that’s a plus.

7. Rogue One: A Star Wars Story – This and the next two are basically tied for me, in that they’re a definite step down from the apex of the franchise, but still really solid and a ton better than what a lot of the competition puts up. This is what I said last year: In contrast to the prequels, this flick is managing to fill in the blanks and answer questions about the original trilogy without feeling superfluous. One big reason seems to be the tone. While this feels like Star Wars, it also puts the emphasis truly on war for the first time. Not just space battles either, but true land warfare, guerrilla style. There’s certainly fan service, including the appearance of Darth Vader, and it’s mainly made for fans of the franchise, but it’s deigned to be a gritty war film at the same time. For the first time, it’s a movie in the franchise that stands out from the pack.

6. Revenge of the Sith (Episode III) – As just mentioned, this prequel, which is the best of that bunch, is tied with Episode VI (up next…spoiler alert) and Rogue One, essentially, so consider this 6A, 6B, and 6C, if you will. I do really like getting to see the birth of Darth Vader, even if his first words do leave a lot to be desired. Seeing how we got to the original trilogy has a lot of charm though, so I remain somewhat under its spell.

5. Return of the Jedi (Episode VI) – Again, we have more or less a tie going on here. There’s iconic stuff here, including Jabba the Hut and the Ewoks. It might not be perfect, but it wraps up wonderfully, bringing the story of Luke and (as we know now) Anakin Skywalker to at least a momentary conclusion. It drops us off where The Force Awakens will soon pick us up. Everything to follow is a cut above though, that much is clear.

4. Star Wars: The Force Awakens (Episode VII) – Part of what makes this film so successful is the nostalgia factor at play. From my take at the time of release: It captures everything that I loved about the original three installments, bringing me right back to my childhood. With ease, it’s way better than the prequels, and if it’s certainly not an instant classic like A New Hope or The Empire Strikes Back, it’s more or less already on the level of Return of the Jedi, which is no small achievement (and above it, as you can see here). Seeing old heroes is wonderful, for sure, but the big success here is we’re already in love with our new heroes, setting the stage for some wonderful new adventures to come.

3. Star Wars: The Last Jedi (Episode VIII) – I just wrote about this newest installment a few days ago, so it’s fresh in mind mind. Subsequent viewings may very well move this one up a notch or two. To reiterate: In some ways, this is the best Star Wars has to offer. Johnson crafts something different, full of surprises, yet also chock full of homages. Nearly a half dozen moments at the press screening I attended last night resulted in cheers and/or standing ovations. That’s rare too, in case you were wondering. Without spoiling anything, this is also the best turn for Hamill as Luke Skywalker to date. One other thing I will mention is that the movie is dedicated to Fisher, and how they phrase that over the end credits will put a lump in your throat. The less said about what happens, the better, but just know that it’s great.

2. The Empire Strikes Back (Episode V) – Is this technically the best film of the bunch? Yes. So why isn’t it in the top spot? I’ll explain more below, but this is another tie, so it’s more 1B than 2. It’s nearly as iconic as Episode IV, especially with the introduction of Yoda and the big reveal during the climax. It’s an absolute classic, for sure, something that will undoubtedly stand the test of time. If you asked me again next week, who knows, I might swap these two around, but for now…this is where I put Episode VI. 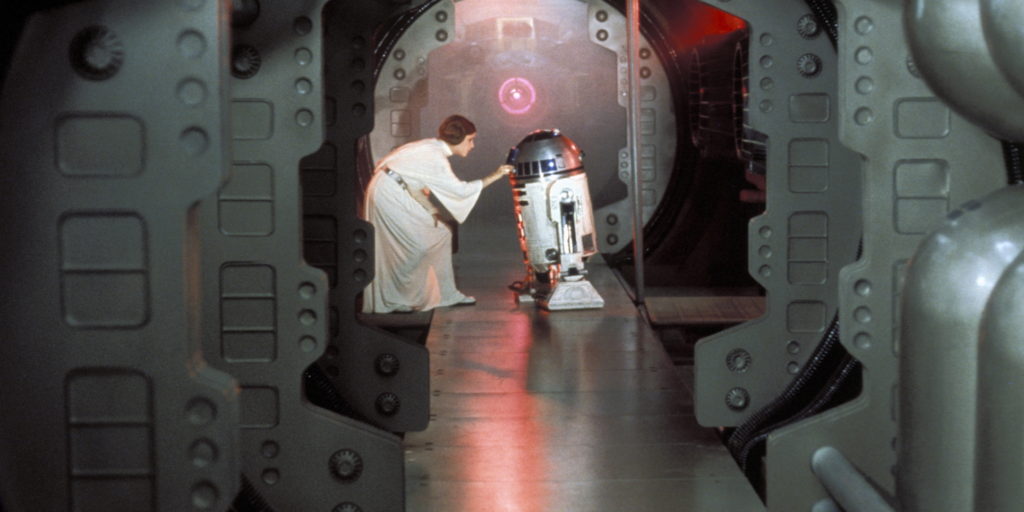 1. Star Wars (Episode IV: A New Hope) – The one that started it all gets the top spot in a tight race, just due to how much of an impact it had on me as a young boy. The first time you see Luke Skywalker, Obi-Wan Kenobi, Princess Leia, Han Solo, Chewbacca, and company on their adventure, it changes you. It’s hard to explain, really, but this is a special film. We all have our thoughts on whether A New Hope or The Empire Strikes Back is superior, and while the latter is probably the better movie, the former is the more important and more special one…