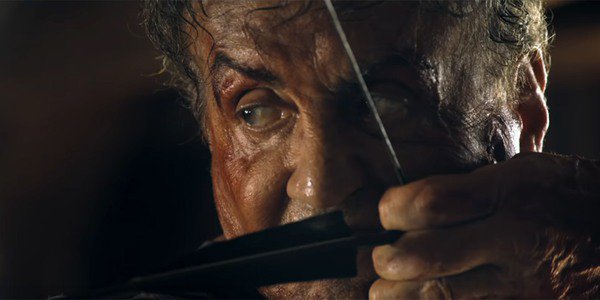 Death is coming and so is Rambo. The legendary onscreen soldier played by Sylvester Stallone returns to fight one last war in one final film, Rambo V: Last Blood. As summer comes to an end, the updated tracking is in for the September release and it’s looking like Rambo V’s opening weekend might make even more money than we thought.

Rambo V: Last Blood is tracking to enjoy a franchise-best opening weekend between $21-$24 million when it opens on September 20, according to Deadline. This latest tracking on the fifth film in the franchise and the first since 2008 is more bullish on Last Blood’s prospects than the long-range tracking from late July, which saw it making between $10-$20 million. So Rambo: Last Blood might make even more money than we previously thought and seems positioned to take the franchise out with a bang.

The long-range tracking on Last Blood noted that Sylvester Stallone’s fan base of older male audiences is often reliable, but questioned whether the film could match its predecessor in a market that’s oversaturated with nostalgic action franchises. The increased outlook for Rambo V: Last Blood’s opening weekend in the latest tracking may reflect a new perspective after the performance of Angel Has Fallen.

That three-quel overperformed in its debut last weekend with a box office of $21.3 million, buoyed by audience turnout in the heartland. So there is a not unreasonable thought that Rambo: Last Blood could achieve the same feat. This summer has been one where more traditional action films outside the realm of superheroes have done well for themselves.

In addition to Angel Has Fallen, the performances of John Wick: Chapter 3 – Parabellumand Fast & Furious Presents: Hobbs & Shaw may bode well for Rambo V: Last Blood, even if they are more modern than Sly’s Vietnam War vet.

The beginning of September will see the release of IT: Chapter Two, which is expected to be huge, like $90-$110 million huge, and the following week, the Jennifer Lopez stripper film Hustlers is expected to do quite well and open in the $26 million range. As far as direct competition for Rambo: Last Blood is concerned though, it’s Ad Astra and Downton Abbey.

Downton Abbey is doing great in pre-sales and is tracking to have an opening weekend between $15-$16 million. Ad Astra’s prospects are less encouraging in light of the film’s budget and its outsized importance in the modern landscape. The James Gray sci-fi film starring Brad Pitt should open to between $17.5-$19 million.

That’s not ideal considering its $87 million budget and how important it might be to Fox’s future with Disney as our own Mike Reyes elucidated. That film just premiered at the Venice Film Festival to solid reviews so maybe that will help its prospects and maybe it will get a bump from Brad Pitt’s role in Once Upon a Time in Hollywood. For now, Sylvester Stallone’s Rambo is looking like the big winner in its opening weekend.