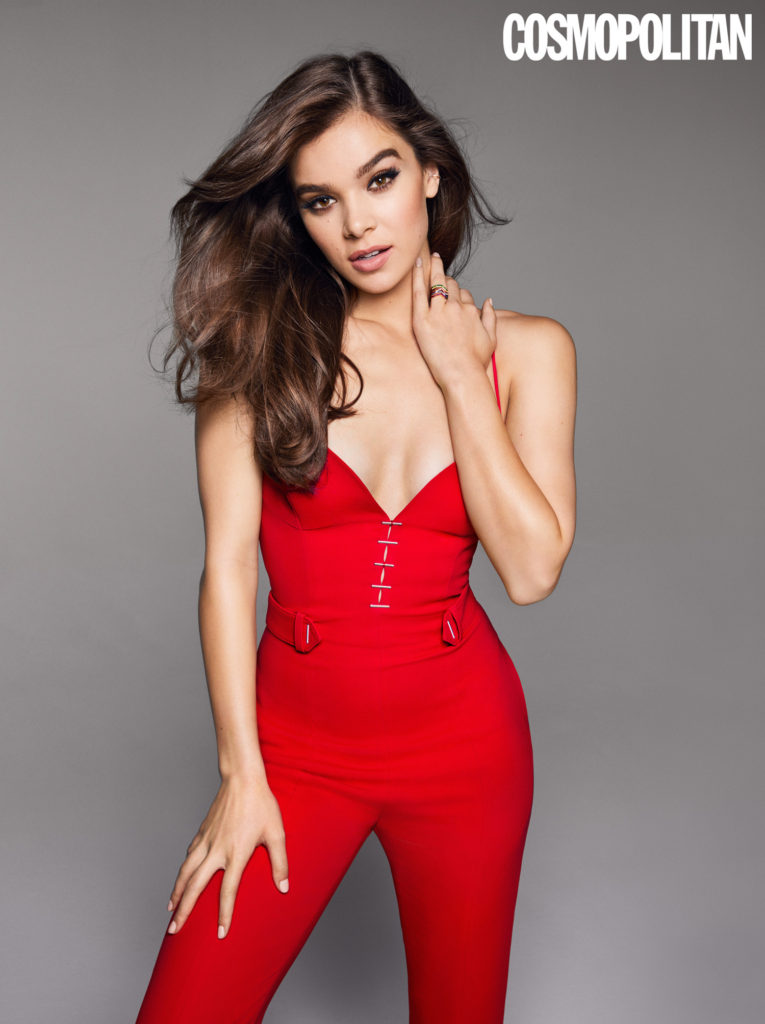 The “Love Myself” singer, 20, graces the cover of Cosmopolitan‘s December issue, where she recalled locking lips for the first time during the summer before sixth grade.

Unfortunately, like many before her, she found the experience disappointing.

I set my expectations waaay too high,” Steinfeld revealed.

The Pitch Perfect 3 star said that nowadays she doesn’t need a man to feel good — in fact, she feels sexiest when she’s “onstage performing for my fans.”

Steinfeld said last year that she isn’t putting too much thought into finding a boyfriend.

“I mean, there’s always time for dating,” she explained in the May 2016 issue of harper by Harper’s BAZAAR, which she guest-edited. “I do feel that right now though – and I hate saying this – my top priority is what I’m working on. It’s that and family, and then everything else.”

RELATED VIDEO: Hailee Steinfeld on Her A-List Squad and Becoming a Pop Star

In her Cosmo quiz, Steinfeld also revealed some of the celebrities she would love to work with. She named Drake as her dream duet partner, while Chrissy Teigen would be getting a call if she could select a celebrity to be part of the Barden Bellas.